Ristretto, a restaurant from Iasi located in the heart of Copou, brought to the table a brand and a concept with a long story behind it. But as the stories are not enough for a business to reach its potential, we decided to complete their vision at Digital Point with a new perspective.

In addition to branding, visual identity plays an important role in answering the question “How recognizable is your brand?” When you own a business, you want people to hear about you. Is that enough? What if they also saw you? What would it be like to get to the point where people, even if they are not your customers, recognize your business only by an image or a logo?

You are seen, so you exist

In general, the visual identity revolves around the logo, so it should be like the sun in people’s perception of you. The Ristretto logo was already familiar to customers in Iasi. As a solar system cannot be composed of just one body, several elements are needed to impress. Photos, videos, icons, posters, banners, all were planned in detail.

The menu is served!

In the case of a restaurant, the products, namely the dishes and drinks, must be presented to the customer in the form of a menu. Sorted by specifics, with the list of ingredients and prices next to it, we paid special attention to detail, so that the final shape speaks about the dishes, as only the chef could do. Carefully chosen fonts and a harmonious framing on the page, designed for the pure visual pleasure of the viewer.

We can say that New Year’s Eve is the most anticipated time of the year. Such an event required the creation of a poster to crown the elegance and specificity of the place. Within the design team we established the concept. We tried through the fonts, shapes and colors used to capture as well as possible the elegance and emotions associated with this event.

A Facebook page that is not set up will not bring you too much visibility, let alone customers. Guided by the idea that social media is the biggest trend-setter of the present, we decided to take the Facebook page out of the shadow cone. I took photos, which, along with texts, I integrated in regular posts, meant to attract the public.

In the case of a restaurant, the visual part is the one that dictates the tone and the one that can tell if the dishes and the location are the ones that the customer will choose. The Instagram page was built on this idea, with images and videos indicating the location standards. As we know that you cannot maintain your direction without continuity, we kept in mind what Ristretto wanted to convey.

The visuals, or the business card that recommends you

Both you and your business need to know that the promotion process should never sleep. In the case of Ristretto we created graphics for all scenarios: business cards, flyers, tickets, leaflets for events and posters. Always be prepared to present your business to the client, in all forms.

Visual identity can be the winning book in the competition between two brands. You cannot gain notoriety only through text. If we think of street banners, we automatically think of the speed with which an image can send us a message. Non-verbal communication can reach the recipient in an extremely short time, and can remain imprinted in his memory. The visual part is the one that will give credibility to your business. You don’t just have to say what you can do, you have to show it. 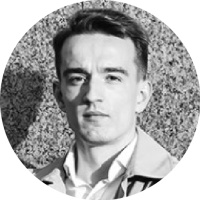